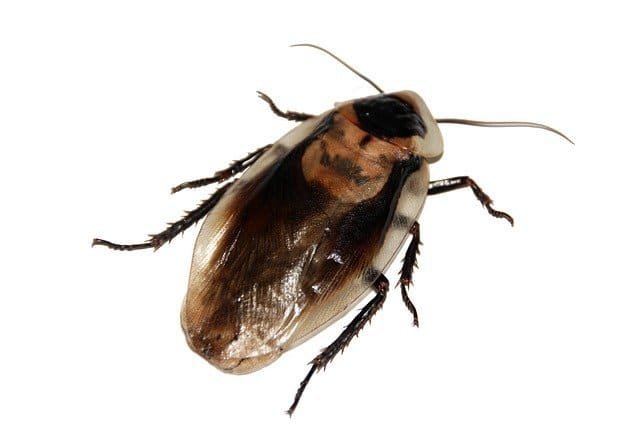 Cockroaches are insects. There are 4,600 species of cockroach of which 30 species are associated with human habitats. Of those 30, only four species are considered pests. 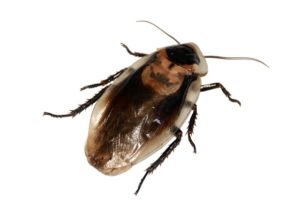 Cockroaches can be found as far back as 320 million years. The name “cockroach” comes from the Spanish word for cockroach, cucaracha, which means ‘an insect that shuns the light’.

They are common and hardy insects and can tolerate a wide range of environments from Arctic cold to tropical heat. Cockroaches are abundant throughout the world and live in a wide range of environments, especially in the tropics and subtropics. Cockroaches can withstand extremely cold temperatures, allowing them to live in the Arctic. Some species are capable of surviving temperatures of −188 °F (−122 °C) by manufacturing an antifreeze made out of glycerol.

Most cockroach species are about the size of a thumbnail. Like the termite, the cockroach has a body that is divided into a thorax of three segments.

Cockroaches are omnivorous scavengers and will consume any organic food source available to them. Although they prefer sweets, meats and starches, they are also known to consume other items such as hair, books and decaying matter. That’s why you’ll find cockroaches in the kitchens, food storage and prep areas of homes with infestations.

Cockroaches eat what is available to them. Cockroaches that inhabit sewers feed on sewage, while species living on dead trees consume decaying wood.

Cockroaches can passively transport pathogenic microbes on their body surfaces, particularly in environments such as hospital. Cockroaches are linked with allergic reactions in humans. The most common of which is asthma.

Cockroaches have also been know to carry organisms that cause salmonella, typhoid fever, cholera, dysentery, leprosy, and plague. Due to their unsanitary eating habits, cockroaches can pass harmful pathogens through their droppings. When a cockroach feasts on something contaminated, such as a raw piece of chicken or animal feces, the organism will enter, and may lay dormant in their digestive system. The pathogen will then be excreted in cockroach droppings and will contaminate surfaces and food. 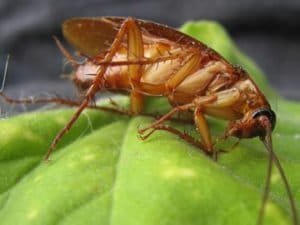 Cockroaches can live for a few days up to a month without food, so just because no cockroaches are visible in a home does not mean they are not there. Approximately 20-48% of homes with no visible sign of cockroaches have detectable cockroach allergens in dust.

Cockroaches are much easier to prevent than to get rid of. Preventing cockroaches from infesting your home almost always comes down to proper sanitation. Clean homes and businesses can become infested if small sanitation steps are missed.

When it comes to roach control, sanitation means much more than simply washing the dishes or sweeping the floor. Missing some simple sanitation steps can mean that you are leaving roaches resources to thrive on.

Take extra care to keep sugary foods in airtight containers, clean up your meat prep stations and wipe down your counter for bread and any other crumbs left behind. Cleanliness is a vital part of cockroach prevention.

Clean your floors, work surfaces, sinks and drains on a regularly basis and cooking utensils, cutlery and crockery before and after use. Removing any possible food sources, such as dropped food, grease behind ovens and pet feces, is also a good idea. For businesses operating within the food industry, complying with the proper food safety regulations in regards to cleaning can help reduce the risk of diseases carried by cockroaches being spread.

While cockroaches are one of the most common pest problems, they are also one of the most stubborn. Infestations are hard to get rid of because the insects hide in a host of areas, breed quickly, have a very high reproductive potential and may develop resistance to pesticides. Getting rid of roaches can be tricky because the two most common roach types (German or American roaches) are eliminated using different techniques.

Keeping roaches out of your home or building is an ongoing process, not a one-time treatment. The length of time it takes to rid your home of a cockroach infestation depends largely upon species and size of infestation. Call the professionals. Call Sigma Pest Control. 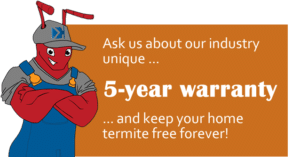 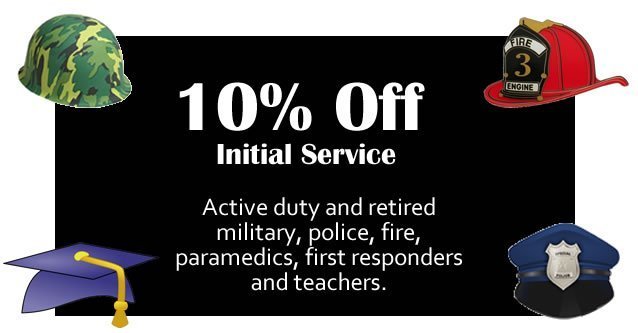 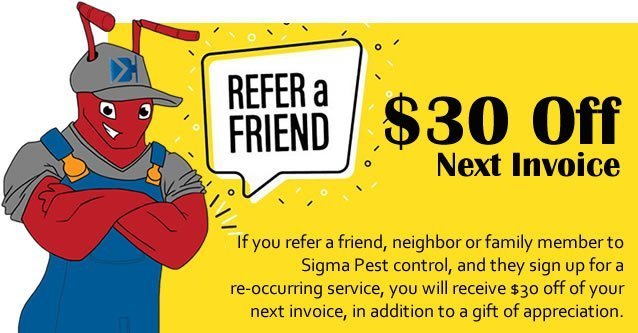